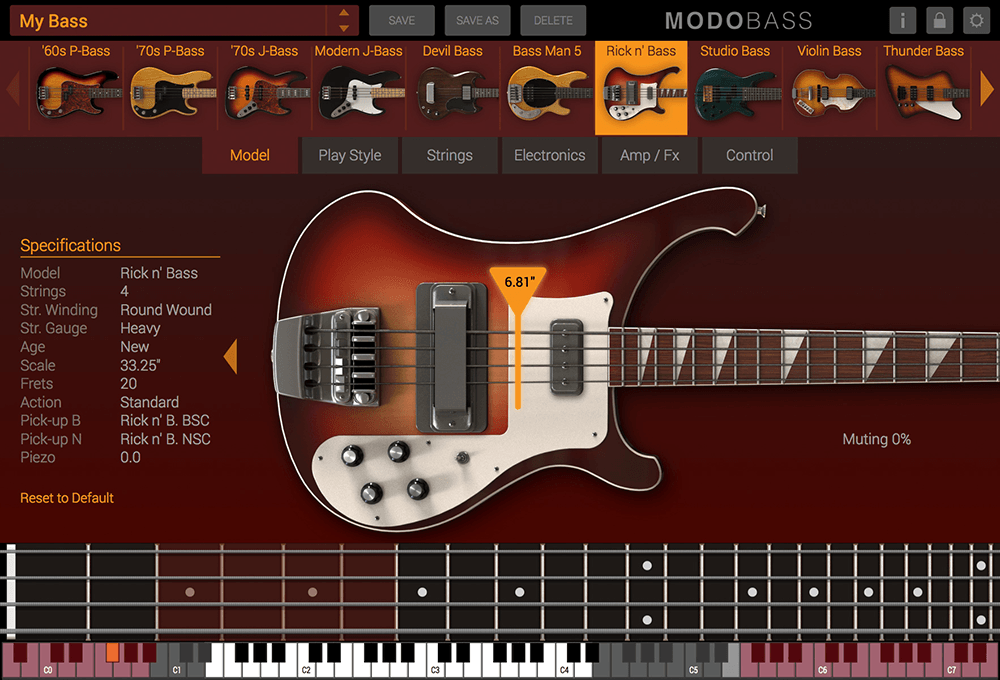 IK Multimedia announced the full details for their upcoming physically modeled bass guitar instrument, MODO BASS. The full press release is below.
IK describe MODO BASS as follows:
MODO BASS is the first physical modeling virtual bass instrument that gives players and producers limitless bass sound possibilities and a new world of unmatched realism and playability for ultra-realistic tracks
I’m quite excited about this product due to the flexibility it seems to offer. MODO BASS, if stable and as playable as it seems to be, could really make some waves. I own plenty of bass guitar libraries, all of which are either too limited or too complex to play in real-time. MODO BASS seems to cover a lot of ground, and the demos sound great (though still waiting on more variations of the sound before deciding). If it is playable, this could be a winner. Stay tuned for more coverage as the release gets closer.
October 19, 2016 – IK Multimedia, the pioneer in analog effects modeling, is pleased to announce MODO BASS®, a breakthrough physical modeling technology that brings a completely new level of realism and playability to the world of virtual bass instruments. MODO BASS is a completely customizable physically modeled virtual bass that recreates the electric bass and how it’s played – from the physical instrument and everything that makes it sound the way it does, to the human technique of how the instrument is played and its sonic performance, to the entire sound signal chain – no detail is left out.