I stumbled upon this today when going to the iLok site, and I’m a little surprised there wasn’t any news about this (though I believe they were pretty quiet about the previous model update as well). But it appears that PACE has released a new version of their iLok USB licenser boasting several new features.

One of the features you will notice, in fact probably the only one you will notice at first, is the brand new design made of a single-piece metal body.

Not only is this welcome, but it is long overdue. Putting aside that the look of the new iLok is quite slick, the metal design also brings an added level of security against breakage. As a point of emphasis, I have had numerous iLok keys over the years and never had a single one break or even crack (unlike the Steinberg eLicensor, which seems to chip quite easily). iLok keys have always been pretty solid, as many may remember the results of some “stress” testing done by Bomb Factory many years ago.

But there is something about having a metal casing that really gives you more peace of mind when traveling. I was a big fan of the Reason/Record red metal dongle when it came out, and this is no different.

The size of the iLok 3rd Generation key is also much smaller, coming in at around 1.5 inches. 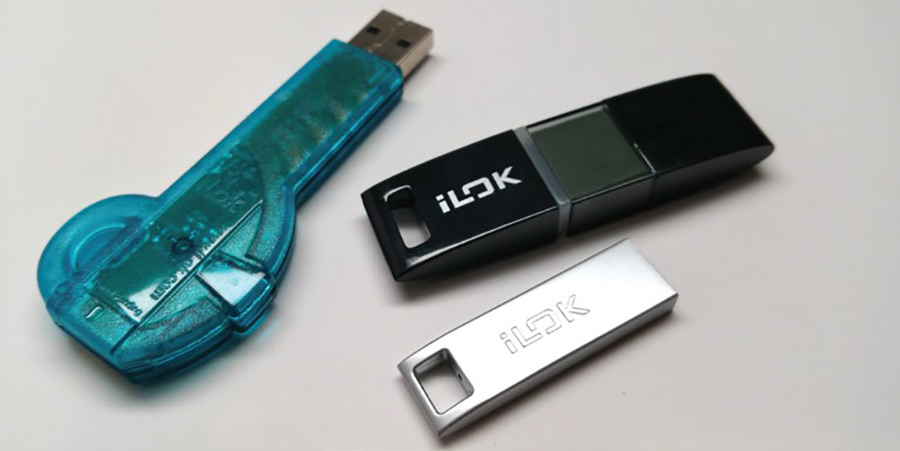 In addition to looks, the new iLok 3rd Generation key claims to have twice the speed (for validating licenses on the fly when loading plugins in your DAW, which can sometimes slow things down), as well as three times the storage. Neither of these may be game changers, but nice to have nonetheless. In the end, it is all about the design.

My biggest worry, and this happened with the iLok 2, is if there have been any major changes to the PACE iLok infrastructure. Back when the iLok2 was introduced, it was said to have increased copy protection and there ended up being major server issues that proved troublesome for thousands of owners.

In addition, developers had the option of programming their protection so it was only compatible with the iLok2 and not the 1st Generation. I hope that we don’t see this happen too quickly this time around.

The new iLok comes in at around a $50 retail price, but early indicators are that it will have a street price of about $45. And I am already seeing a couple of places dropping prices for the iLok2, but not enough to justify buying another one when the iLok3 is available.

So time will tell, but I’m happy to see the metal design. If nothing else was changed, it might be worth picking up for this reason alone.