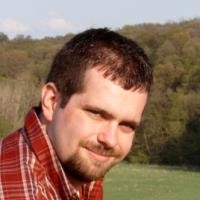 We exist in a musical world with every last piece of cutting edge technology available to us, cheaper than ever, and musical tools which engineers 20 years ago never would have dreamed about. Honestly? We got it good.

We collect gear, browse the net for the latest and greatest, trying our best to round up the next "best" tool for the next newest need we never knew we had until such a tool was released. We live in a world where sample libraries are delivered on their own hard drives, filled with the uber-realistic representation of their acoustic counterparts.

I'm not having pity, pouting, or trying to discourage you. In reality, I'm just facing the truth, and you might need to as well. Your audience, and mine, just aren't listening. At least not to the things which matter most to those with an acute case of G.A.S.(Gear Acquisition Syndrome, for those of you in denial).

And then there is another subsection of the audiophile world; the purists. Seriously, these people can be annoying, can't they? Every time a new technology comes out, we hear them spouting across their raised noses just how cool "vintage" used to be when it wasn't vintage, and we hear them proclaim with 45 years of true blood, sweat, and tears pouring from their fret-hardened fingers how nothing will ever replace the sound of a REAL electric guitar. And it goes on and on.

But I don't care. Why? Because my audience isn't listening. And neither is theirs. And neither is yours. And over the course of a couple of increasingly intriguing and fun-loving blog entries, I'll tell you why. Let's start with this:

I get it all the time from musicians and audio guys; "you can tell that guitar part isn't a REAL guitar. I've been playing for 120 years and I know what a guitar sounds like". If this is you, I'm so glad you are so in tune. But for the rest of the world, they just don't freakin' care.

Take the typical, non-musician audience member(as in, the large majority of audience members). Do you REALLY think they are listening for real instruments? Of course they aren't. They listen to melody, lyrics, beat or whatever else gets their foot tapping or their heart sobbing. They are too wrapped up in the uphoria that we're throwing their way, they don't care if we used a sampled flute or a real one. You see, to the typical listener, they don't have a clue what technology is available to us as producers and composers. To them, a round robin is a fat bird.

It's like a placebo effect. If you don't TELL them there is something to listen for, they won't know what they are listening for. Sure, one idiot here and there will do his best to figure it all out(kind of like a heckler who tries to spoil magic tricks…I hate those guys). But they are the small minority who take themselves too seriously.

The audience isn't moved by the latest and greatest technology. They are moved by the music. And let's remember, bad music has been performed with real instruments FAR longer than it has for virtual ones. So please, get over your over-thinking and get on with caring about the music.